Busy Isn’t the Same as Productive 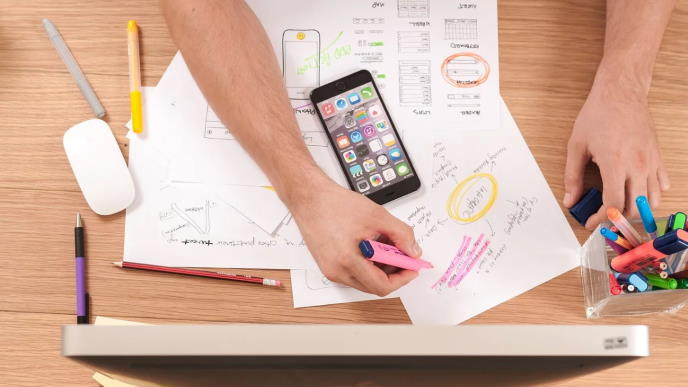 When I tell people that I work from home, one of the most common responses is something like, “It must be nice to have all that free time! I’ve got to put in my 40 hours every week at the office.” But, here’s something that most regular working people don’t understand until they run their own business and work from home themselves. There’s a major difference between “being at work” and actually “working.”

Now, I’m certainly not saying that everyone is slacking off at their regular jobs. Of course not. But, most people would be fooling themselves if they were to assert that they were actually “working” for the entirety of their 40-hour work week. Whether it’s going to the break room to refill your coffee or secretly watching a YouTube video your coworker forwarded you, that’s time “at work” that isn’t actually “working.” You know another term that’s thrown around a lot these days? “Busy.” Everyone says that they’re “so busy” and we’re supposed to admire their hustle. Look how hard they’re working, right? You’ve got to admire that drive and determination, right? Except, there’s a big difference between being busy and being productive, just as there’s a big difference between being at work and actually working.

Look at all the things I’m ticking off my to-do list, while I keep adding more things to my to-do list. Yes, you’re going to be very busy if you go around saying “yes” to every request and opportunity that lands on your desk. Do you want to collaborate with another YouTuber on a video? Sure! Do you want to write an ebook? Absolutely! Do you want to run 25 miles a day, start an Etsy store, develop a mobile app, and write 3 blog posts a day? Totally! No wonder you’re burning out. Whereas saying “yes” to everything is what will keep you very busy, being productive means choosing to say “no” to certain things. This doesn’t mean you should go around shutting the door on everything. What it does mean, though, is that you recognize the limitations on your time, energy and resources, so you intentionally choose what gets your “yes.” Everything else has to get a “no” if you want to be truly productive and move the needle.

You can do everything. Just not at the same time.

Busy Is Talking About Being Busy

You know what all busy people seem to have in common? They’re always talking about how busy they are. They’re quick to brag about all the projects they have on the go, projecting this image of how productive and important they might be.

Productive people, by contrast, don’t concern themselves with how busy they appear to be to other people. Instead, they let their work speak for themselves. If they are being truly productive in what they’re doing, people will notice. It’s just like how famous people don’t need to tell you that they’re famous, or how smart people don’t have to keep reminding you how smart they are. You’ll just know.

Busy Is Not Having Enough Time

Busy people are always talking about how busy they are. One way that they might put this is talking about how they never have enough time to do the things they want or need to do. Believe me. I’m totally guilty of this. But, I also recognize how having “not enough time” is a bit of a cop-out.

We have to remember that regardless of your station in life, regardless of how rich or poor or whatever else, we all get the same 24 hours each day, the same 365 days each year. True, when you’re going through financial hardship, how those hours get allocated will differ. But if you’re saying that the reason you’re not getting things done is that you don’t have enough time, it means you’re not necessarily choosing the right things.

Put another way, “busy” is having a lot of things to do and not enough time to do them all. “Productive” is choosing a smaller set of more important things to do, and then prioritizing your time to do them right. I once told myself that I didn’t have time to exercise, but then I made my daily step goal more of a priority. It’s a small step (pun intended), but it has made a world of difference.

You just have to know what gets a “no” from you, so you can prioritize your time and resources on your “yes” activities.

“Busy” and “frazzled” (or some other variation of the word) tend to go hand-in-hand. The telltale sign of someone who is “busy” is that it looks like they’re always doing something, because there’s always something to be done. They’re constantly moving, reacting to the stimuli around them, almost out of gut instinct, because they don’t have time for it. They’ve got to keep doing things.

But being “busy” in that way is like running on a treadmill. Sure, you’re moving and you’re burning calories, but after all that movement, you actually haven’t gotten anywhere. You’ll feel like you’ve been productive and you’ve accomplished something, but you’re right where you started and you’ll go through it all over again tomorrow.

The “productive” mindset is different. It means that you give yourself the space to take a real break every now and then. It means giving yourself the opportunity to activate the default mode, a place where some of your most creative and original ideas can emerge almost spontaneously. By taking the time to contemplate your decisions and plan your course of action, the actions you take can indeed be more productive and not simply mindless busywork.

Are You Busy or Productive?

You’ll find that there is so much to the dot com mindset. It’s moving away from the idea of trading hours for dollars and toward the idea of how you can earn more dollars with fewer hours. You’ll come to understand the concept of nonlinear growth and the dangers of early potential. And yes, it’s about coming to grips with the idea that simply being busy will never be enough. You need to be productive. Motion for its own sake will get you nowhere.

To be productive means that the actions you take actually move the needle. And no one is going to move the needle for you but yourself. So, get to work.