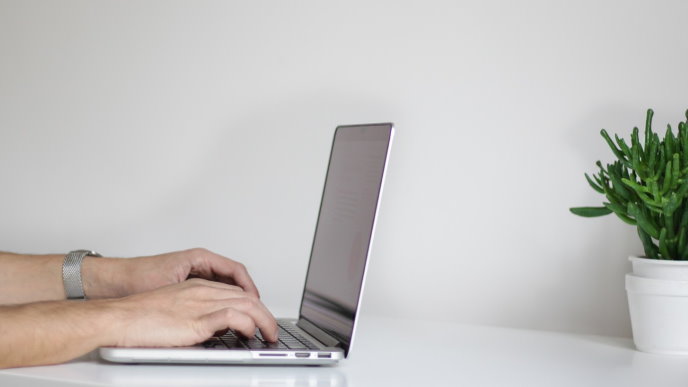 ou’d like to think that the majority of career choices make some semblance of logical sense. Someone who really enjoys puzzles and is really good at identifying patterns might make a good economist or financial analyst, for example. A person who has always been really good with their hands and enjoys making things might lean toward a career in carpentry or metalwork.

And then you’ve got those of us who have decided we want to make our living on the Internet, putting our names and faces and content out there for public scrutiny. Surely, people who are drawn to this line of work revel in the attention, so they must all be extroverts, right? Well… maybe not.

An Introvert’s Guide to Blogging

Let’s all be perfectly honest with ourselves here. I own the domain to my own name partly out of vanity. It wouldn’t at all surprise me if the same were true for John and any number of other bloggers I know who also own the domains to their own names. While it also has to do with owning your own personal brand, on some level, we all want to “make it” as bloggers and that means having name recognition.

Put another way, on some level, we want to be “Internet famous.” Indeed, that’s a big part of the crux behind influencer marketing, even if you decide to go by some branded moniker rather than your real name. After all, celebrity names like “Eminem” or “Awkwafina” work in much the same way. The assumption, then, is that bloggers should be outgoing and extroverted, right? Except, at least in my experience, the exact opposite is true. The overwhelming majority of bloggers that I know tend to be much more introverted overall. When you stop to think about it, this actually makes a lot more sense. The more extroverted types seek out more face-to-face human interaction, because they like to be around other people.

Bloggers, on the other hand, spend much more of their time in isolation. We work out of our home offices. We might go for whole stretches of time without talking to another person at all. Instead, we prefer to put our thoughts into written words and photos, and — on some level — “hide” behind our keyboards.

A good friend of mine also happens to be a very successful and well-known local blogger. She’s great at what she does. When we were at a recent media event, though, she came over to tell me how someone else there recognized her. She was uncomfortable and didn’t know how to react. It was a moment of anxiety. You would think that being a “successful blogger,” you’d enjoy being recognized… but you’ll find that “real” celebrities can oftentimes experience the same kind of thing. This is particularly true with “artist” types who may spend more time in the studio, working alone or in a small team. Blogging is much the same.

The Paradox of Vlogging

Where this kind of phenomenon can become a real head-scratcher is when it comes to vlogging. I talked about this with some of my fellow blogging friends, and many of them have asked me how I can vlog in public. Don’t I feel awkward and embarrassed when I do it? Yes. I do. I really feel it.

It’s strange, because when I’m vlogging in public, I can hesitate to draw attention to myself. I want to blend into the environment; I don’t want anyone to notice me for what I’m doing, because it can feel really awkward and out of place. But, that’s because I’m an introvert who doesn’t want attention drawn to himself… except I totally want all the attention I can get on YouTube and social media. I want those subs and views and comments. Now, if you’ve ever met John Chow in person at a Dot Com Lunch or other similar event, you’ll know that he is not shy at all about vlogging in public. He doesn’t hesitate to put a camera in front of a stranger’s face or to whip out the Switchpod. That’s exactly what he did when we met for lunch some time back. At the time, I thought it was rather audacious of him. But for John, it was just another opportunity to create some content.

Where You Fit In?

Life is full of paradoxes that might not make a lot of intuitive sense. Sometimes, you have to take a break if you want to be more productive. Or, you might have to figure out how to work less if you want to earn more. And, even though the business of blogging, vlogging and influencer marketing might be all about getting those views and clicks and attracting attention to yourself, it’s okay if your natural inclination is to slink away.

It just means you’ll need to step outside your comfort zone every now and then, and recognize the bigger picture at play. Don’t forget to like, comment and subscribe!