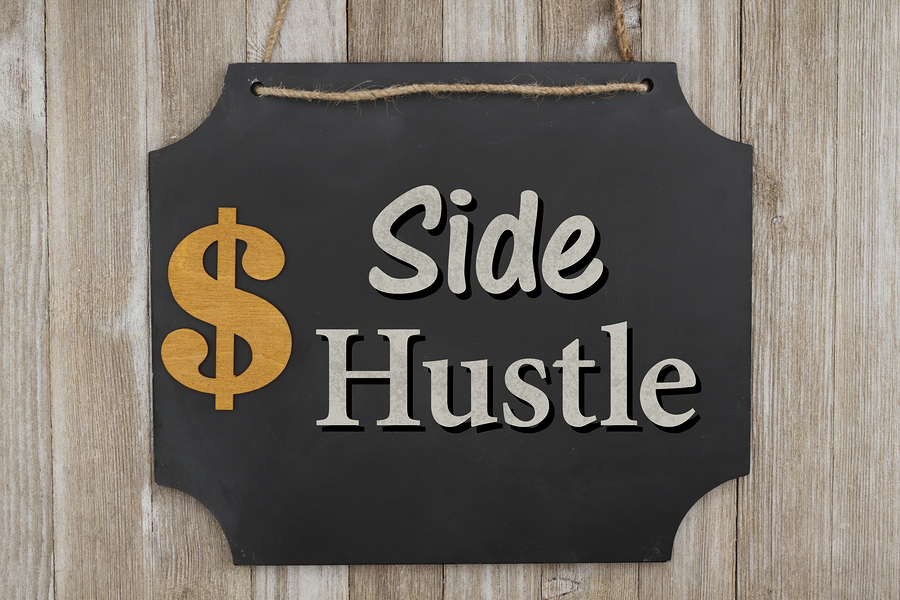 15 Inspiring Side Hustle Stats to Get You Motivated

A side hustle. It could be freelancing, walking dogs, or house-sitting for wealthy individuals who’ve left the country on vacation. Many people now officially have a side hustle, and that’s often to subsidize their primary income.

Some people do it because they know it can add extra to their household and ease the pressure. Other’s are seeking financial freedom and an additional income stream for themselves.

Whatever the reasons, every individual created that side hustle using simple platforms on and offline that were not there 10-15 years ago. Yet, it’s all good and well to know why people started a side hustle but what’s more important is understanding the numbers surrounding side hustles.

By that, we mean the main side hustles, the income generation, and even yes, the overall sentiment in the new gig economy. With that said, it’s time to get into the 15 most inspiring side hustle stats to get you motivated. Let’s get started. 45% of working Americans have a side hustle

Looking at the fact that 45% of working Americans have side hustles means that around 70 million of the American working population are working more after their standard or regular jobs making money for various reasons.

This poses a few questions as to why such a large number of people give away their early mornings and weekends in favor of additional work. You might find that these individuals end up working over the standard allowable working time, and it is by their choosing too.

Food for thought remains that the American economy is benefiting from this as well, where more income tax is paid via the side hustle. You’ll see later on in this post that there is a split in the number of Millenials versus Gen Z who opt to have a side hustle. We also found that celebrities like Selena Gomez and Beyonce have their side hustles like media companies and entertainment companies, respectively.

Right, you’ve heard that many people started to jump onto the Uber train and might have assumed that more people use app-based platforms to earn their income. It’s not the case, according to the Bureau of statistics. They show that 1 percent of the workforce relies on app-based platforms to create an income for themselves.

Other app-based platforms include Lyft. Keep in mind that the list looks at people who use these applications as their primary income or decide to find alternatives through other channels. Bankrate recently showed that almost 30% of side hustles get started due to financial challenges faced. They are doing it out of necessity to pay their bills and support their families. As inflation rises, and people have tightened their belts, it’s no wonder that financial needs steer them down the side hustle route.

The list can further be broken down into household expenses like living expenses that their paycheck cannot carry. Others also save their side hustle funds and use them for activities they would not ordinarily have.

Average income made from side hustles equals $1122 monthly

The average American income in the US is $3714 per month, and extra side income from side hustles can average $1122 per month. That’s almost 1/3rd of the average income.

This shows a high potential for income using a side hustle, but of course, it depends on your skillset, how you market yourself, and their market requirements. Many individuals may earn 6 figure incomes from their side hustle, too, but it does need a more considerable time investment per week.

Since more and more people seek alternative ways to make an income for themselves, they find new pathways that they can use their hobbies on. That’s why the average hours spent per week on a side hustle is between 11 to 16 hours.

Most of that time is spent learning the new skillset as it could require high upfront effort, especially if you are using freelancing or driving for Uber as your side hustle. Once you understand the processes, your time investment goes down while you can also maintain a similar income amount. If you’re curious, the average earning works out to $16-23 / hour—that’s above minimum wage by quite a large margin.

47% of people with postgraduate degrees have a second income source

This is directly represented by Bankrate, who has indicated that many advanced educated individuals have opted to have a side hustle.

Generally, these are people who have chosen to attend university at the postgraduate level and already have high incomes of $80,000 or more. It’s becoming more prevalent that highly educated people are becoming more disengaged with their vocation and now seek ways to use their hobbies to make money.

They hope to use their side hustle to eventually move into a full-time mode that doesn’t rely on a job or boss.

66% of highly skilled workers use referrals to find side hustles

Since only 20-30% of highly skilled people are finding part time work via apps, it seems that word of mouth and referrals are still king when it comes to side hustles. This tends to make sense since most of the top end of the side hustle market have high levels of skills and experience. They already earn a good salary in their standard job, often they are certified too. They could also be established in their market, so they have a good network that they can leverage for work. This is according to the software company iCIMS.

Side hustle earnings are increasing all the time; if you compare average salaries for 2019 versus 2018, we see a 63% increase according to Bankrate. One of the reasons is that more skilled workers are coming on board and demanding higher pay.

There are also more businesses seeking out work involving gig economy workers. They’ve seen that it helps to outsource work rather than bring on permanent employees in their business. Overall, you can see an increase from the $686 average side income in 2018. right up to $1,122 in 2019

48% of Millenials have a side hustle

Millennials have been quick to share their views on corporate culture, but they also do it through their actions, such as seeking alternative means to create an income.

Since they want more flexibility and work from home, they find a side hustle that can cater to their needs. More than that, you can also see that Gen X and baby boomers are catching up with 39% and 29%, each with a side hustle.

The most popular side hustle would be for providing services.

32% of side hustles are related to selling a service that includes either photography, cleaning, or fitness. This is popular at the moment as many people need these services for weddings or other events. People are more prone to request professional photography for their brands. As for cleaning and fitness, it’s an extra service that makes people’s lives that much easier. Gig workers or side hustlers also offer crafting, childcare, bartending, social media specialist, or freelancing. Interestingly enough, Uber and Lyft did not make it to the top of the list. Yet apps are seeing a slow but steady rise as more people start to realize its potential to be a side hustle with high-income potential. Technology is slowly but sure improving the market for side hustles, and that’s a good thing.

27% of side hustlers prefer a part-time gig to a full-time job?

Generally, you will find that people start with a side hustle out of necessity but soon discover that they enjoy the side hustle. You may even go as far as saying they want it more than their full-time jobs. That’s the reason 27% of side hustlers have said they would rather have a side hustle job than their actual job.

Since most people with a side hustle love to see that increase in income, they often keep both jobs for that benefit. Eventually, though their side gig can start outearning their primary job, they have to choose to go full time on their side hustle ultimately. It’s been done countless times by graphic designers, programmers, and even boardroom execs.

55% of people want to turn their hobby into a business

A common question is whether side hustles can come from hobbies. The answer would, of course, be a resounding yes. Hobbies are what allow you to start your side hustle in the first place. Perhaps you’re a decent video editor; then, you can make use of that hobby to earn extra side income.

This can eventually be turned into a business. So much so that 27% of full-time workers have already done this by turning their hobby into a side gig. It bears considering as you must also understand that when your hobby becomes a business, it may take away the joy you experience from that activity.

That isn’t exactly great news; however generally, this can take a few hours a week using a skill you are already good at. It’s great to see that 1 in 6 individuals show an excellent earning potential that is consistent.

This can also grow as more and more people use the gig economy to build their businesses. The 14% of people earning additional income can use that to reduce debt, increase other income streams, or travel if that’s what they hope to do. 30% of side hustlers are selling handmade items or reselling stuff

Many side hustlers have new ways to bring in income using their creativity or marketing skills. As an individual who crafts items, this is heavily in demand as personalization grows globally.

Therefore 30% of people with a side gig make goods by hand to sell to potential buyers. The profit margin on handmade goods is vast, and there is very little overhead once you’ve made your first investment. It takes time and required skill sets, but it can be a good source of consistent income.

Similarly, reselling items that you’ve found while checking out garage sales and auctions can bring in some massive profits if you learn how to flip these items on places like eBay.

54% of side hustlers are female

Women make up 54% of side hustlers while men are close behind. Generally, this bodes well, seeing as there is almost an even split.

Many women who also have kids leverage this opportunity to work from home and try to manage their family, work, and home life.

One example is a mom who started daycare and created additional monthly income from a task she would be doing anyway. The Exciting Industry of Side Hustles

As you’ve gone through this list of stats, we hope that it inspired you to get started on your side hustle. Perhaps you’ve seen an industry that you can add value to, and it will certainly make your financial situation better.

Our recommendation is to look at a few side hustles and find ways to get started, avoid analysis paralysis and take the first steps needed to take action and start creating an income for you and your family.

You may agree that the side hustles states have indicated that not all side hustles are work from home jobs. Some may need more time invested upfront and will later pay it back exponentially. Others need minimal time input but cannot be scaled. Use a variety of approaches to find the best side hustle that also makes it viable for you.

More than that, you can also use the free education available that helps you come to grips with the side hustles and improve your income.

If you enjoyed reading this post on 15 Inspiring Side-Hustle Stats to Get You, be sure to also check out our list of  popular side hustles in 2020.