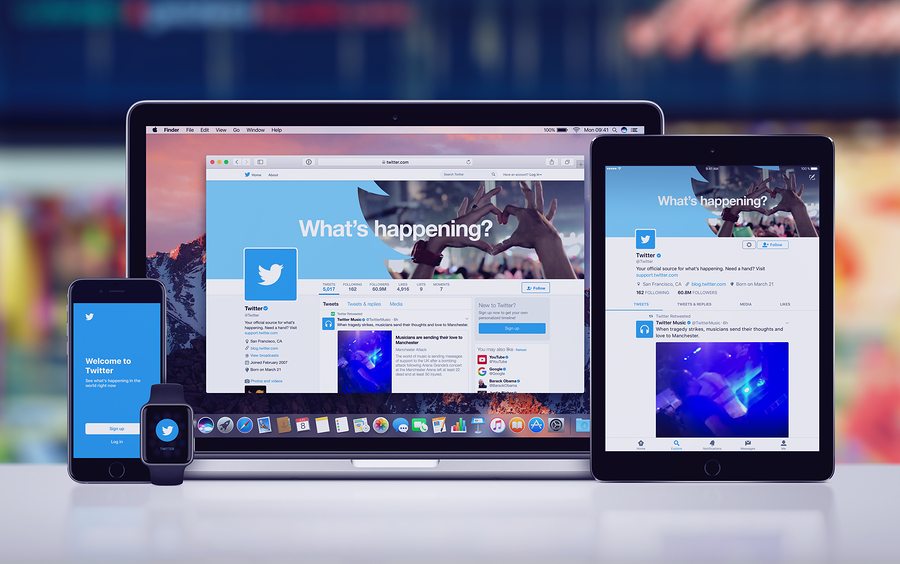 Twitter is still one of the most sought-after and recommended social platforms in the world today. Whenever something groundbreaking happens in the world, it usually gets reported through Twitter first. At the same time, Twitter is still the preferred platform for most brands and bloggers, when it comes to sharing their content and messages with an audience.

The main reason for this is that Twitter is still very content friendly and doesn’t limit organic reach like Facebook has. Twitter also makes it easy to post short status updates while also linking to an article and featuring a custom image or preview of your content. Lastly, it’s also made some great improvements in how automation and demographic targeting can be done on the platform.

With all of that in mind, let’s take a look at some useful tools and resources on how to get more out of Twitter. Grow Your Audience with User Interaction

Of the many different goals, you might want to accomplish with Twitter, growing your following has to be at the top of the list. Not only is this a vanity play, it’s also ultimately how many users you are going to be able to reach. On Twitter, it’s all a numbers game.

However, waiting around for users to come to your site, then visit your social profile and click “follow” is simply too long of a process. A better option is to go with a Twitter automation tool, that actually does the outreach and engagement for you — while also allowing you to target your demographic audience, hashtags, and user interests as well.

The importance of all of this is quite simple. Let’s say you have a website or blog that is focused on selling shoes. Wouldn’t it be ideal for you to follow, respond, and interact with someone whenever they talk about shoes on Twitter? Of course, it would — but it would also be a manual process that could take a lifetime in the process.

When you engage and provide value to an audience, the reciprocal “follow” is much more valuable and authentic. So the goal here is to not just reach as many Twitter users as possible but to actually give them a reason to want to follow you back as well. If you want to gain the interest and attention of your audience, you will have to make a great first impression. Since Twitter is allowing all social updates to be seen by everyone an account is following, it’s likely the user will have a lot to skim through. This is where visuals will become a huge factor.

When posting a URL to Twitter, sometimes it will automatically load with an image for the content. Other times it will show nothing or just a default image that shows ‘no image’. It’s also possible to set up custom Twitter cards and images as well. This the option you are going to want to go with — especially if you are doing any type of paid promotion of heavy marketing.

Text updates will get read on Twitter, but having a visual associated with your update will definitely attract even more attention and clicks. If you haven’t currently tried this or don’t know how to create graphic images, this can easily be done for free through a tool like Canva. They have plenty of free templates that you can choose from, then you can customize them to your liking through their drag and drop editor.

Once again, with the concept of Twitter allowing a user to see status updates from all of their users, it’s important that you send out a lot of updates on a daily basis. I’ve seen some accounts that will actually have a new Twitter post going live every 15 minutes!

Now you might be saying, how is it possible for someone to jump onto Twitter every 15 minutes and make a new post? Well, the good news is that you don’t have to. Thanks to automation tools like Hootsuite and MeetEdgar, there is no need to manually post updates to most social media platforms — unless you wanted to.

Twitter is an amazing platform for sharing content with a wide range of audiences. Setting up a daily or weekly schedule to share your best ‘evergeen’ content is a wonderful idea for any online business, brand, or blog. Best of all… with such automation in place, you can almost guarantee that your content is going to be seen.

As you can see, there are plenty of ways to grow your reach, increase clicks, and also automate several areas of Twitter. In addition to being a numbers game, and trying to reach as many users as possible, it’s also about knowing what the best tools are to use, and which can help save you the most time in the process.

Once you’ve mastered the art of Twitter, you can then apply many of these same methods to other social platforms as well. Remember, not everyone is using your favorite or preferred social platform, so it’s important to make sure you have all of your bases covered.